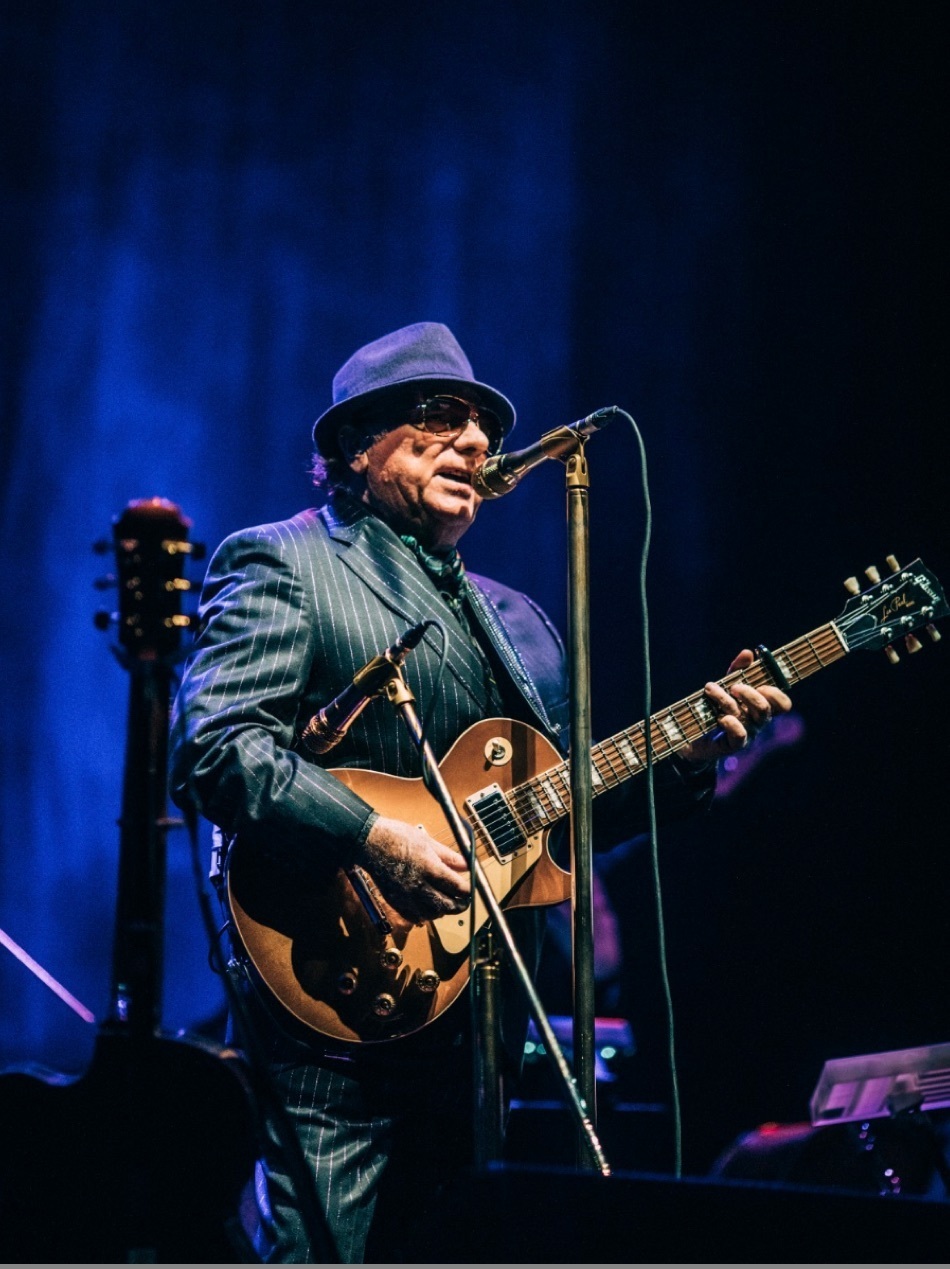 On Friday, at the first of three nights at the Theatre at Ace Hotel in downtown Los Angeles, the veteran Irish singer, songwriter, poet, saxophonist, harmonica player, guitarist and sometimes shaman once again cast spells and summoned the kind of artistic forces that have made his music exceptionally rewarding for more than half a century.

Where most musicians find the high points of their shows in their iconic songs and biggest hits, Morrison used them Friday chiefly as signposts pointing to the vistas he was most interested in exploring.

The result was a performance that was generous with his most familiar numbers — “Moondance,” “Wild Night,” “Have I Told You Lately,” “Bright Side of the Road” — but which soared most convincingly in songs that got little mass public exposure when he first released them.

He delivered the hits efficiently, in an almost business-like way, but with remarkable nuance and definition thanks to the savvy support from his band of four instrumentalists and two singers.

But he truly ascended into the emotional stratosphere when he called on “Too Many Myths,” a cut from his 2003 album “What’s Wrong With This Picture?”

Lyrically, it’s another of his essays on the price of fame — ”There’s too many myths/Can’t you see I’m just trying to stay in the game” — but in the moment, it became a meditation on a sincere search for what’s real in life.

The spiritual side of things is frequently at the crux of Morrison’s music-making, and Friday he also addressed matters of the soul in “Enlightenment,” in which he shared his struggle with the quest for meaning: “Chop that wood, carry water/What’s the sound of one hand clapping?/Enlightenment — don’t know what it is.”

Those two songs encapsulate key themes Morrison returns to repeatedly, ideas that form a yin-yang exploration on his recordings and in concert: on one hand, his struggle not to succumb to forces that would hold him down, and on the other, a yearning to connect with humanity’s higher nature in an effort to be lifted up.

As those themes were expressed Friday, Morrison elicited cheers and shouts from the near-capacity crowd. So did his blues excursion that began with “Baby Please Don’t Go,” the standard with which his first band, Them, had a hit in 1965. The song was the first part of an extended medley that segued into Bukka White’s “Parchman Farm,” Morrison’s Them-era song “Don’t Start Crying Now” and a boogie-woogie version of Sonny Terry’s “Custard Pie.”

When the 71-year-old Belfast, Northern Ireland, native subsequently dipped into his groundbreaking 1968 album “Astral Weeks” for “Ballerina” near the end of the set, he shifted onto yet another emotional plane, delving deep into the meditative possibilities in its jazz-soul-folk mix. Guitarist Dave Keary served up an exquisite solo on a Spanish classical instrument that beautifully answered Morrison’s plaintive vocal.

Oh, yes, and Friday was St. Patrick’s Day. Yet anyone who came hoping to hear one of Northern Ireland’s most celebrated musician of the rock-era take on “Danny Boy,” “Whiskey in the Jar,” “I’ll Take You Home Again Kathleen” and the like probably also still expects Bob Dylan to play “Like a Rolling Stone” just like it sounded on record.

Still, Morrison did acknowledge the occasion, turning to the traditional “Star of the County Down” from his stellar collaboration in 1986 with the Chieftains, “Irish Heartbeat.” In doing so, he gave it an entirely new treatment, replacing the stately march of that rendition with a rollicking arrangement that turned it into a kissing cousin of Del Shannon’s “Runaway.”

His set didn’t include “Into the Mystic” this night, but that’s just a technicality. He took his audience there anyway. LA Times - Randy Lewis Photo - Christina Chi Craig / www.christinachi.com