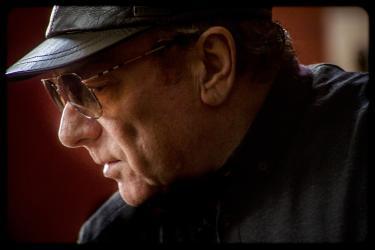 Sir Van Morrison is the latest stellar name to be announced for this summer’s Eden Sessions. This will be his first performance in Cornwall in 16 years.

Sir Van Morrison is the latest stellar name to be announced for this summer’s Eden Sessions. This will be his first performance in Cornwall in 16 years.

The Belfast-born legend is one of the most revered and decorated musicians of recent times. He was knighted last year, has been inducted into the Rock and Roll Hall of Fame, has a star on the Hollywood Walk of Fame and has won six Grammys, a BRIT Award for Outstanding Contribution and the Ivor Novello Award for Lifetime Achievement.

He released his 36th studio album Keep Me Singing in September last year to critical acclaim and a top-ten berth in both the UK and US album charts.

Born in 1945 as George Ivan Morrison, Van was inspired by musical greats such as Hank Williams, Jimmie Rodgers, Muddy Waters, Mahalia Jackson and Leadbelly. He was a travelling musician at 13 and singing, playing guitar and sax, in several bands, before forming Them in 1964. Them established Morrison as a major force in the British R&B scene. His matchless vocal and songwriting talents produced instant classics such as the much-covered Gloria and Here Comes The Night. After working with Them’s New York producer Bert Berns on beautiful Top 40 pop hit Brown Eyed Girl, released in 1967, Morrison moved to another realm.

Van continued to advance on his status as a game-changing artist through the decades that followed. The breadth and reach of his collaboration work continued in 2015 with the release of his album Duets: Re-working The Catalogue. Featuring singers as influential and diverse as Bobby Womack, Gregory Porter, Mavis Staples and Michael Bublé, the album re-works songs handpicked from Morrison’s catalogue of over 360 tracks across his career.