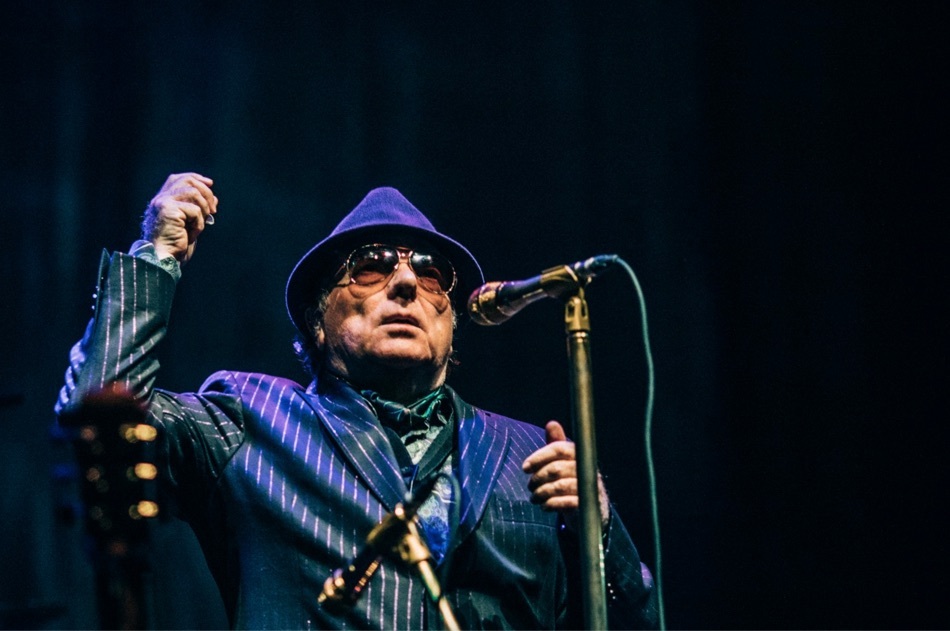 ​What better way to spend St. Patrick’s Day weekend than with one of Ireland’s greatest musical exports, Van “The Man” Morrison? The Rock And Roll Hall Of Famer spent three nights, Friday, Saturday and Sunday, at the Theater At Ace Hotel in Los Angeles.

Reflecting an incredibly eclectic more than 50-year career that includes some of the greatest songs in rock history – “Brown Eyed Girl,” “Moondance,” “Saint Dominic’s Preview,” “Gloria” and countless more – Morrison concerts in recent years can be whatever the singer/songwriter feels like at that time, be it troubadour, folk rocker or, most likely, a jazz and blues cat.

It was the jazz and blues cat that took the stage for the closing show of his three-night stand. Even the gorgeous ballad “Have I Told You Lately,” was transformed into a swinging jazz number by Morrison and his superior band.

Looking the part in a dark suit, hat and sunglasses, Morrison worked through a mix of hits, such as “Moondance,” the upbeat “Wild Night,” the 1987 single “Someone Like You” and the magical closer “Into The Mystic,” and lesser-known fare like 1991’s “Why Must I Always Explain?,” a highlight for the way it was extended into a jazz jam, last year’s “Every Time I See A River” and the brilliant “Ballerina,” from the landmark Astral Weeks.

One of the highlights of the final night was a nod to rock and roll founding father Chuck Berry, who passed away this weekend, at the age of ninety. Morrison introduced his band’s cover of Berry’s “Sweet Little Sixteen” as a tribute to the late rock legend, starting with a strong guitar solo, followed by Morrison’s lively and reverent interpretation of Berry’s timeless 1958 classic, one of his biggest commercial successes, hitting No 2 on the Billboard pop charts and No 1 on the R&B charts.

Of course musicians all around the world rightfully paid tribute to Berry this weekend, but seeing an artist of Morrison’s stature, a fellow Rock And Roll Hall Of Famer, added a sense of gravitas that only a handful of living musicians can match.

That applies to Morrison’s concerts in general. Though he is never going to be the type to play a greatest hits set, that is not who he is nor has he ever been as an artist, his place as a true rock icon and one of the greatest vocalists in the history of the genre is unquestionable. Just seeing that presence and listening to “the voice” still sound so powerful and compelling on songs like “Into The Mystic” make for spine-tingling moment that every true rock fan should experience at least once. 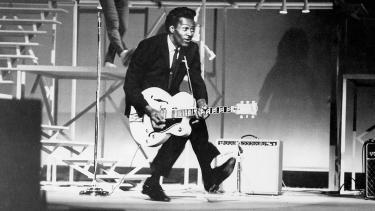