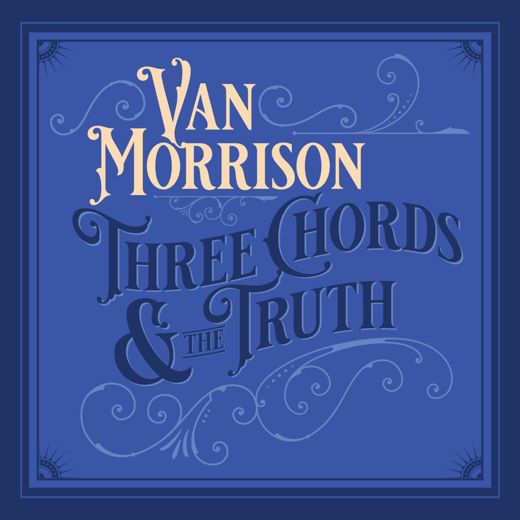 Three Chords And The Truth is truly something wonderful — fourteen new original compositions effortlessly encapsulate the Van Morrison sound and showcase his talents as one of our generation’s most celebrated songwriters. His sixth album in just four years, Three Chords And The Truth is further proof that Van Morrison is one of the greatest recording artists of all time and a creative force to be reckoned with.

Three Chords And The Truth was produced and written by Van Morrison (except for If We Wait for Mountains which was co-written with Don Black). The album features contributions from legendary guitarist Jay Berliner and a duet with The Righteous Brothers’ Bill Medley (Fame Will Eat the Soul).

Three Chords And The Truth (Expanded Edition) features the tracks:

“Incredibly, with a sixth album in four years, the fire in Van’s belly seems to intensify.”

“Three Chords And The Truth is top drawer VM. The greatness is nowhere more evident than the singular and mighty final track Days Gone By, a recording of such awesome and heartbreaking beauty that anyone who has ever loved Morrison’s music, or felt the pain of loss, cannot fail to recognise it as one of the masterpieces of a career that has already had far more than its share.” The New European

“At 74, he sounds incredible, his voice deepened and richer with age, growling, cooing, and occasionally barking about familiar but resonant concerns.”

“Morrison can still clamber inside a song and punch through, as if battling for emotional release, until that gorgeously modulated voice soars somewhere unexpected. (An) extraordinary talent.”